Friends, Zarechnoe celebrates its anniversary. Ten years ago, the Angus Genetics Center hosted the first Russian auction of Aberdeen Angus breeding bulls brought to the Kaluga Region from the USA. This was the beginning of a large project in the Voronezh region. Here’s what happened next:

Hundreds of buyers choose Zarechnoe products every day.
We have been working for you for 10 years. Thank you, our clients, partners and guests, for your trust! 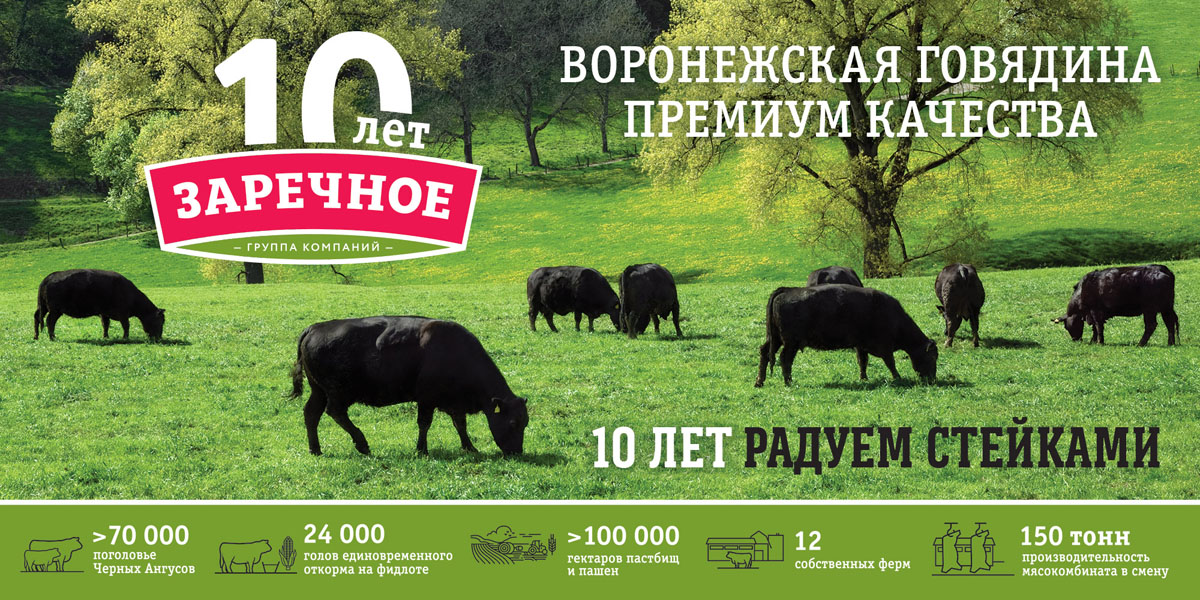